Updated and revised from an article originally published in the Australian and New Zealand Mineral Collector Magazine issue 6, 2008.

The mine is situated 8km WSW of the township of Biggenden, almost 100km km W of Maryborough and 340km NW of Brisbane and is accessed by a track branching off the Biggenden – Gayndah road, 4km from Biggenden.

The mine was discovered about 1888. Production of bismuth and gold commenced in 1890, the same year as W. H. Rands, the Assistant Government Geologist, published the first report on the mine. Initially it was worked as an open cut operation of three separate cuttings but a small shaft was also sunk.

The principal gangue minerals were magnetite and calcite. Bismuth was the main metal mined from 1901: the principal minerals (in order of abundance) being bismuthinite and native bismuth and then the oxidised bismite and bismutite (in the upper zone of the deposit). The bismuth silicate, eulytite, was also reported.

From 1934-38 new workings were developed, but mining ceased due to the low price for bismuth and in 1967, magnetite production commenced by open cut and was used for beneficiation of export coal. The mine has yielded approximately 7000oz of gold since it began and from 1888-1915, produced 50% of Queensland bismuth production (~ 130 tons).

The mine is renowned to mineral collectors for a wide variety of excellent specimens of:

In addition, during the 1980s, crystals of the zeolites heulandite and laumontite were found, and recent examination of one specimen collected in 1984 by Keith and Margaret Brown of Echuca resulted in the discovery of sprays of colourless prismatic natrolite crystals. Although not tested, the cross-section and terminations are typical of natrolite. No other reference has been found for this zeolite mineral at Biggenden.

In general, the deposits are metasomatic replacement deposits developed in limestones and calcareous sediments. They lie in the Lower Permian Biggenden Beds and consist of shale, limestone, chert, volcanics and mudstones. These were intruded by the Triassic Degilbo Granodiorite (215 myo) resulting in contact metamorphism and the formation of:

Subsequent metasomatism occurred which degraded the metamorphic assemblages mainly through fracture zones and the processes of epidotisation, scapolisation and tourmalinisation.

The orebody consists of one large and several smaller magnetite lenses with wall rocks of hornfelsed volcanic and calcareous strata. It is 95% magnetite with calcite the principal gangue mineral.

The orebody is thought to have been deposited through neutralisation of acidic hydrothermal solutions by marble and calcareous tuffs and sediments resulting in the subsequent deposition of sulphides causing local oxidation of magnetite to hematite.

There is a fairly normal paragenetic sequence which has been initiated at high temperature with magnetite formation and continued to temperatures below 2710C, the melting point of bismuth. Bismuthinite and bismuth are widely spaced in the sequence although both occur in the actinolite rock. There were at least two periods of calcite deposition. It occurs as coarse masses of interlocking cleavage rhombs and also as prisms encrusting these rhombs.

Over 80 minerals have been reported from the mine itself (but not all confirmed):

Murphy, P.C., (No Date), Descriptive Mineralogy of the Mount Biggenden Mine, Biggenden, Queensland. 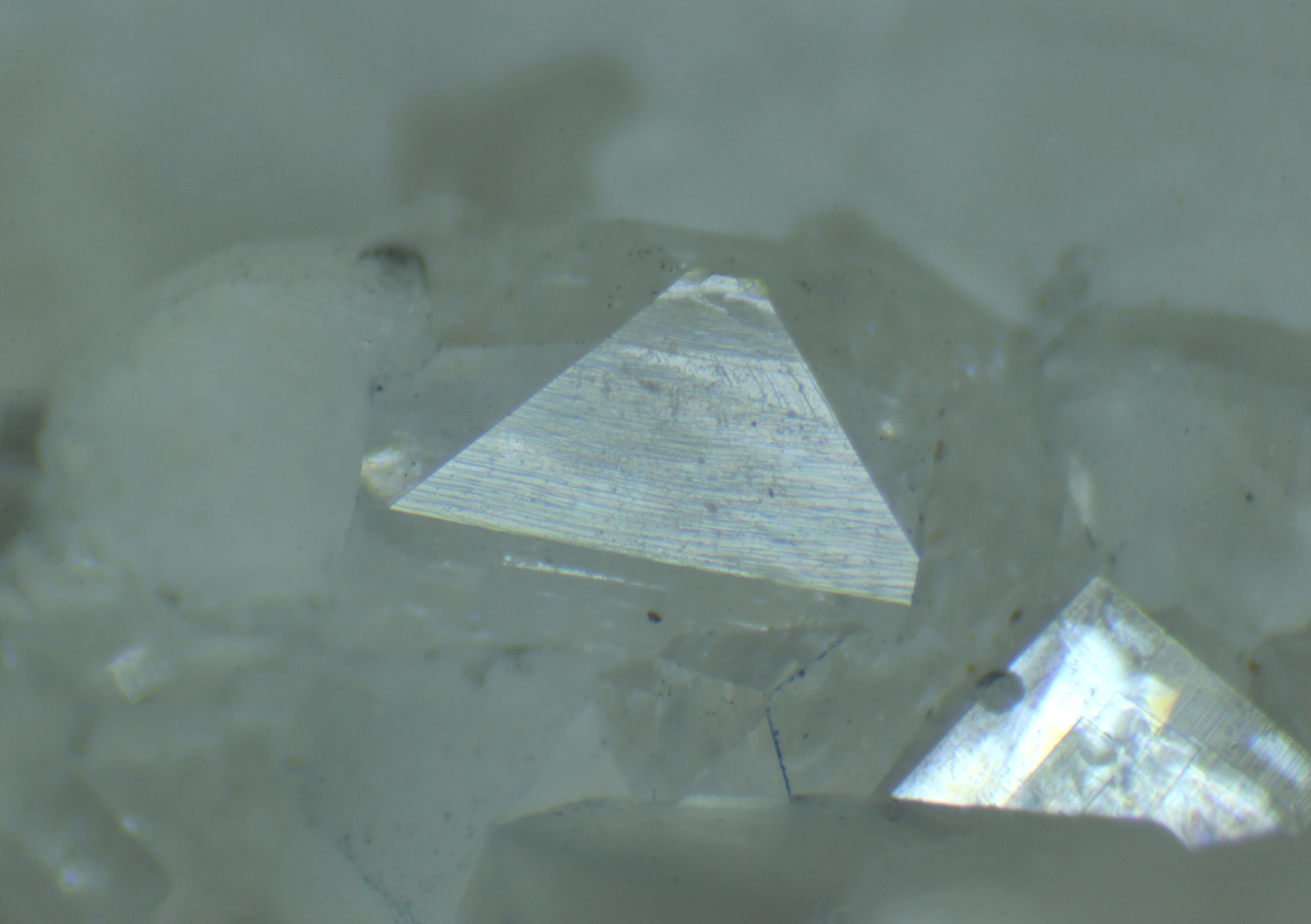 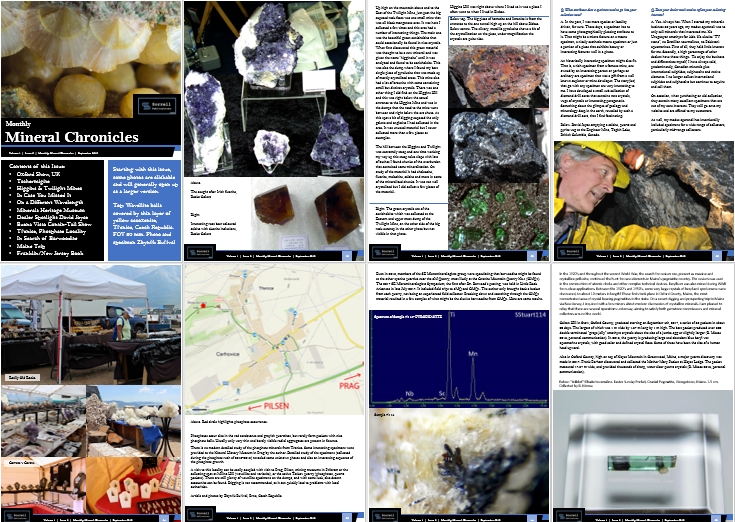 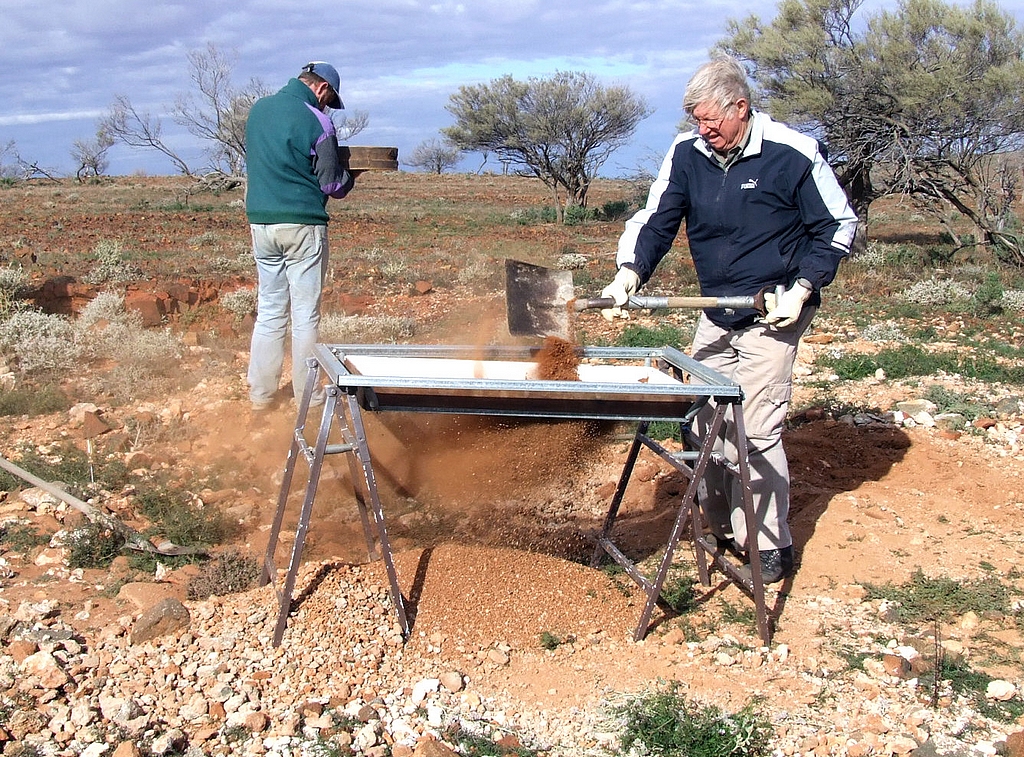