Barite (barium sulphate) is a fairly common heavy mineral that often occurs in Pb-Zn ore deposits as a gangue mineral, in sedimentary deposits, and rarely in basalts. When found in sufficient quantity, it is mined for it’s barium content. It occurs either in crystalline form, as tabular, prismatic, or bladed crystals, sometimes as a “cockscomb” habit, or else massive. It is often colourless, cream-coloured or white, but may also be yellow, blue, pink or brown.

In Tasmania, only two deposits have been mined commercially, at Beulah, near Sheffield, and at Madame Howard Plains, near Queenstown.

The Beulah deposits are veins in slate and greywacke of massive crystalline barite with a greyish tinge, containing disseminated galena, sphalerite and pyrite.

This deposit consists of a number of lenticular bodies of very pure barite, first discovered in 1910, and located near the Strahan-Zeehan Road junction. There are two main deposits and both have lodes varying in width from a few centimetres to about 4 metres. The Southern deposit has been worked by trenches, mostly shallow but with the largest around 3 metres wide and 5 metres deep, and one adit. The Northern deposit has been worked from 3 adits and a series of shallow trenches. Most of the barite is cream to grey and massive, although many individual crystals have been collected up to many centimetres across. Other minerals reported from this deposit include quartz, well-crystallised purple fluorite (only seen in drill cores), albite, talc, pyrite, apatite, epidote, hematite, calcite, chlorite, muscovite and galena, with most of these occurring in the host rock, a keratpohyre. The total production of barite from the combined deposits reached 1,336 tons.

In Mineral Veins and Ore Bodies

The Hellyer Mine in northwestern Tasmania is a massive sulphide orebody with minor tetrahedrite. The lower and inner regions are rich in Cu and Fe, while the upper and outer sections are higher in Pb, Zn, Ag, Au and As. Bands of crystalline barite occurred above the massive sulphides.

The Rosebery deposit was discovered in 1893, but due to problems processing the ore, mining was only carried out on a small scale until 1936. The orebody is made up of two distinct types, a sulphide body with pyrite, chalcopyrite, sphalerite and galena as the principal minerals, and a barite body where galena and sphalerite are the main sulphides. The barite generally occurs as fine-grained massive material. In the 1980s however, specimens of very well crystallised “golden barite” were found in veins.

The Henty Mine is one of Tasmania’s richest gold mines. Few mineral specimens make their way out, but a few years ago, in the mid to late 1990s, excellent specimens of ankerite, chalcopyrite, and quartz became available to collectors. A few specimens also contained white tabular barite crystals to 1cm.

Mount Farrell, near Tullah in western Tasmania, is part of the Mt Read volcanic belt which is richly mineralised along much of its length. This district is no different with a number of copper, lead and zinc mines, and the Barytes Lode, a strong vein of barite near the Murchison River. The barite was reported to be crystalline and white or transparent, but flecked throughout with minute specks of galena.

The Mt Lyell field is one of the most important mines in Tasmania, having operated almost continuously for over 100 years. The orebodies comprise disseminated low grade pyrite-chalcopyrite ores with the West Lyell being the most important, to richer bornite-chalcopyrite ores such as North Lyell, massive and banded pyritic ores (the Blow), and “copper clay” deposits. It is the co-type locality for mawsonite, a copper iron tin sulphide. Barite is a widespread, but unimportant mineral in the Mt Lyell mines. It occurs as pinkish veins in pyrite at the West Tharsis, with quartz veins at the Tharsis, with hematite at the Iron Blow, in veins on the west side of the Mt Lyell open cut and in Curtains Shaft, West Lyell. Crystals up to 10cm have been found. Tabular white, grey, colourless or yellow crystals to about 1cm are sometimes found with quartz, chalcopyrite, hematite, chamosite, and dolomite in the Prince Lyell workings. A large hematite/barite body outcrops in the North Lyell area.

The Hercules mine is situated on the side of Mt Hamilton about 7km south of Rosebery in western Tasmania. It comprises a number of predominantly zinc sulphide lenses, and mineralisation occurs over a total length of 1,000m with a vertical depth of more than 250m. A specimen of granular white barite with pyrite and an as yet unidentified mineral was found by the author in 2001.

Barite is a rare component of sanidine porphyries at Cygnet.

Barite often occurs as colourless or white crystals and groups in cavities in basalt (eg: Bundoora Quarry, Flinders, and Phillip Island, Victoria (Birch et al, 1989)). Even though basalt is widespread in Tasmania, the only occurrence recorded to date is as clusters of colourless, transparent, bladed crystals to a few mm on white calcite in vesicles in Tertiary basalt at the Boral Quarry, Bridgewater, north of Hobart. These specimens were collected in the mid-1990s by members of the Mineralogical Society of Tasmania.

Other Occurrences Reported in Tasmania

Barite has also been recorded on the West coast from between Mts Darwin and Jukes, south of the Murchison River, on the Mackintosh River, with pyrite and galena on the Huskisson River, from the Linton P.A., NE Dundas, from the Specimen Reef Mine, Savage River, from Grubbs Mine, Zeehan and from the Rocky River. Along the north-west coast the mineral has been recorded from the Two Hummocks in the Surrey Hills, from the Upper Leven River, from the Alma Mine near the confluence of the Forth and Wilmot Rivers, from the Minnow River, under Mt Roland, from Deloraine and from Port Sorell. The Pinnacles deposits are stockworks with pyrite, chalcopyrite, galena, sphalerite, and abundant barite in chert, with white crystals up to 2cm occur in vuggy quartz veins. The only record of barite in the north-east of the State is from the Aberfoyle Mine, Rossarden. Mines categorised as having Ba as a major component (Mineral Resources of Tasmania database) but for which there is little information readily available include:

Anon, 1970: The Catalogue of the Minerals of Tasmania. Geological Survey Record No. 9, Tasmania Department of Mines. 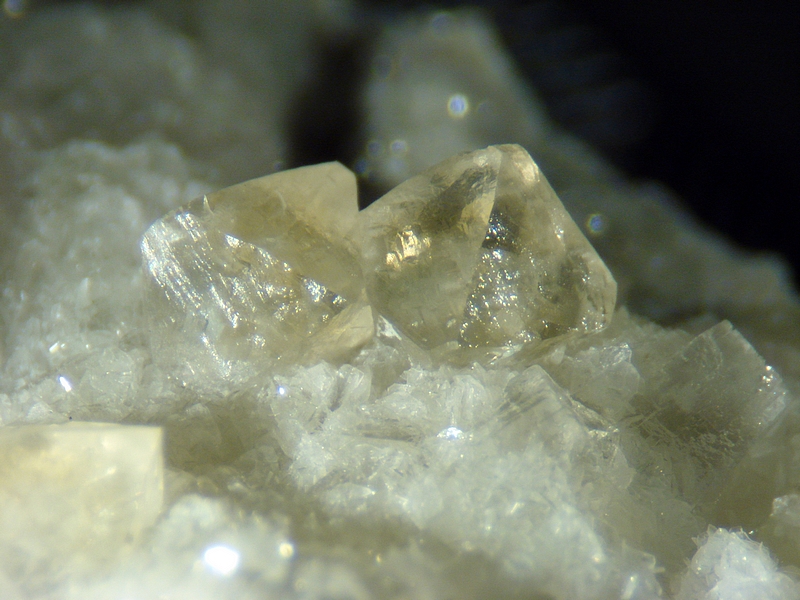 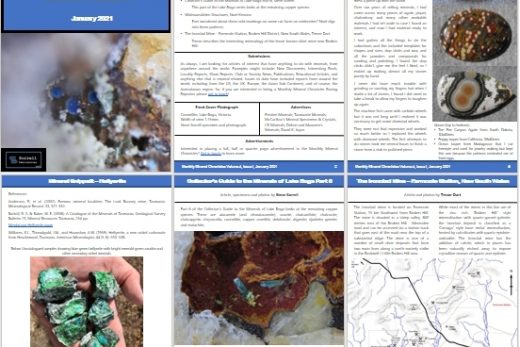 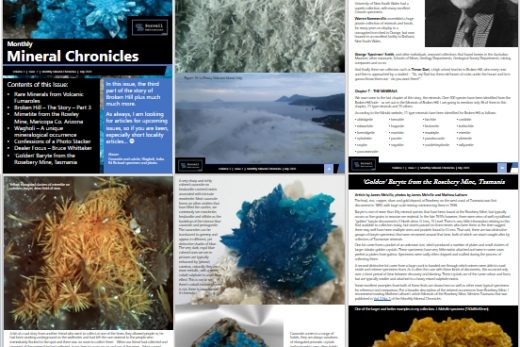 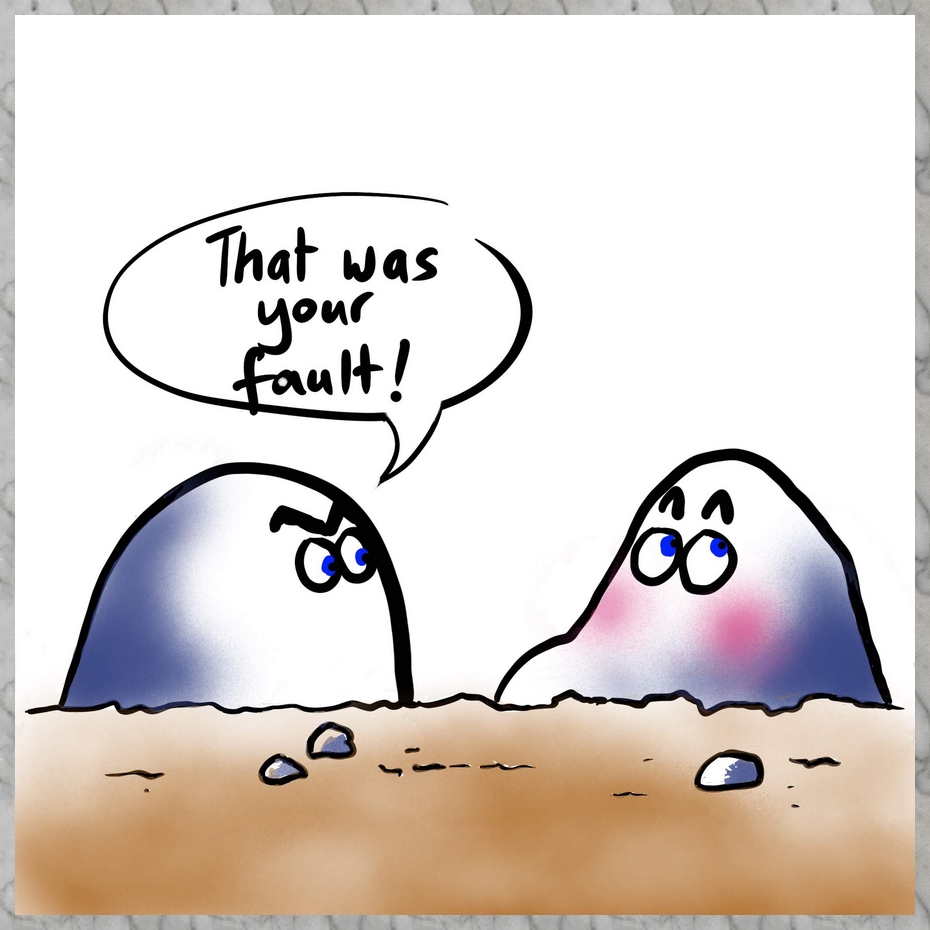